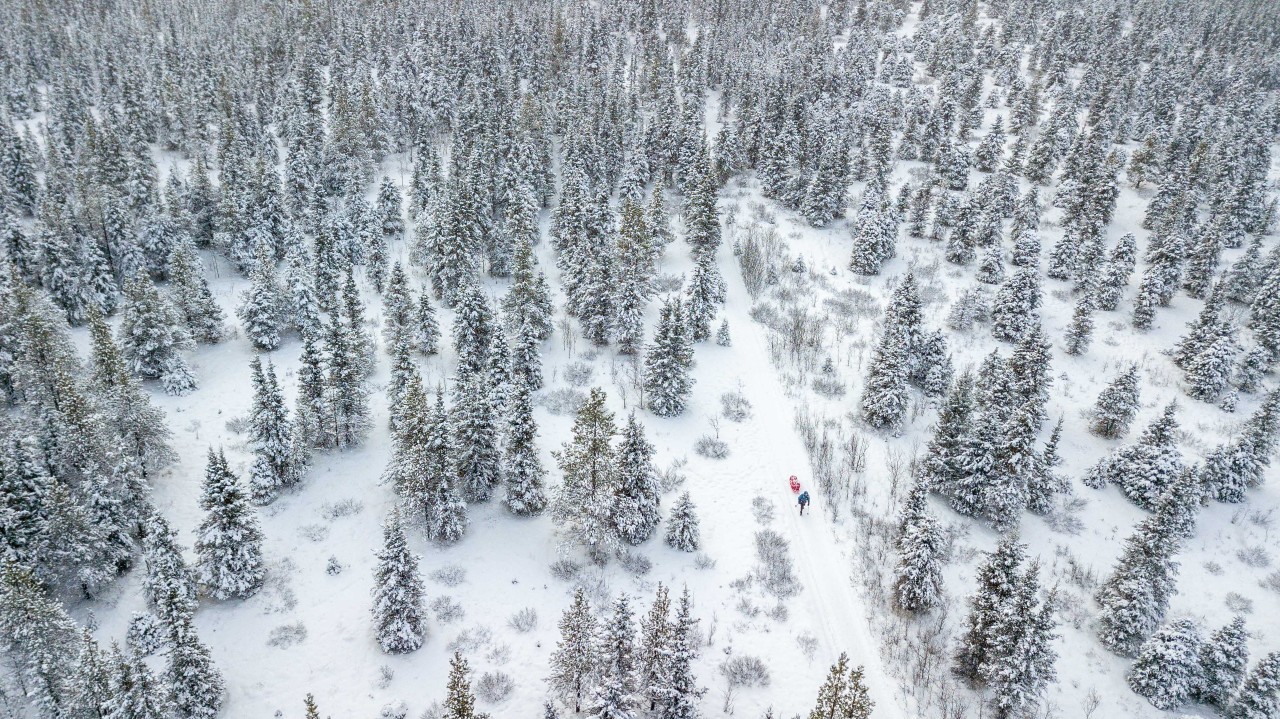 Robert organizes the coldest race in the world, time to sit down with him and have a chat, what has gotten into him to organize such an event and what it means to be the race boss. 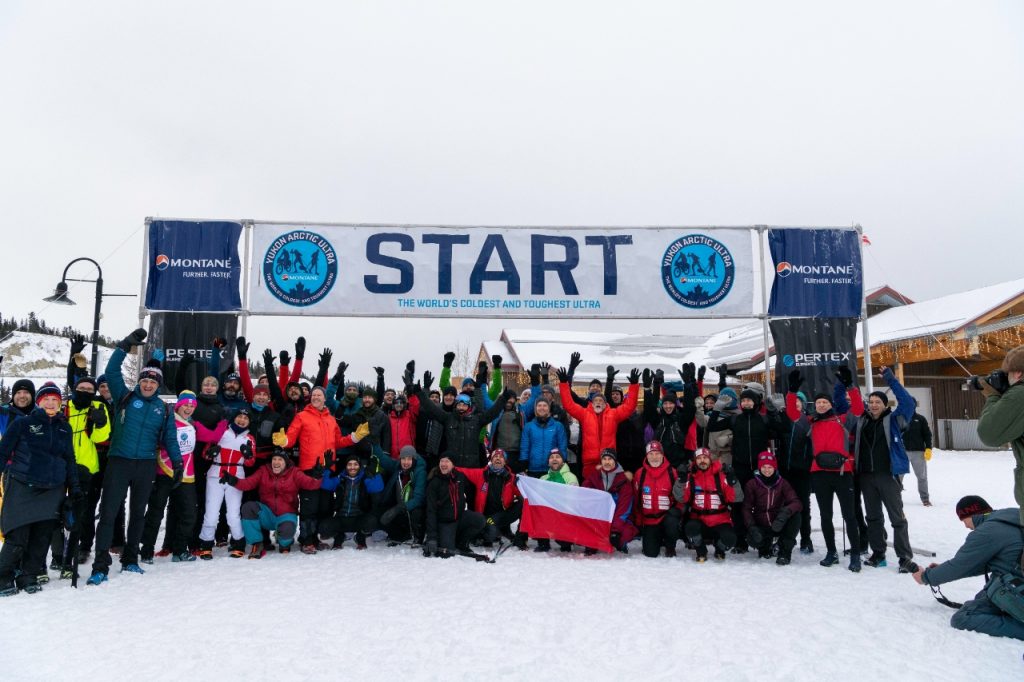 About the race, The Montane Yukon Arctic Ultra will follow the Yukon Quest trail, the trail of the world’s toughest Sled Dog Race. There’s a marathon, a 100 mile race, a 300 mile race and then for the people who think it’s still not far enough, there’s the 430 mile race which takes you from Whitehorse all the way to Dawson City. But that’s not all, it takes place mid Winter in Northern Canada where temperatures can drop below -50 °C. You can do it either on foot, ski’s or a fat bike. And then on top of it all, he decided, I mean, why not? to organize another race. This one in Northern Sweden, with some crazy distances as well. 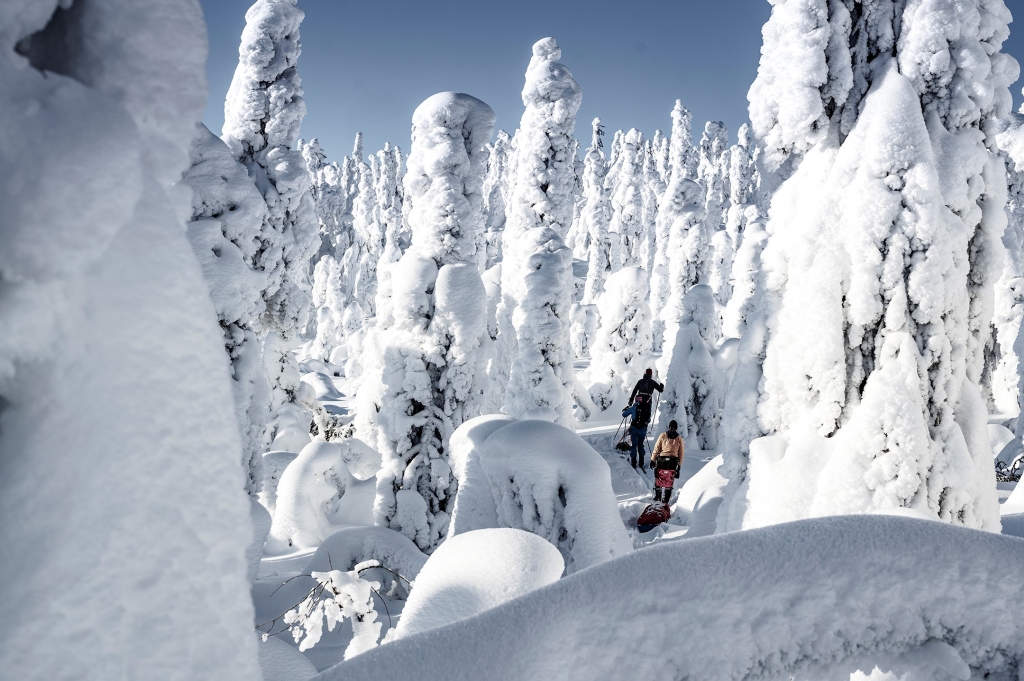 Robert is from Germany and an ultra runner himself, he found it a good reason to travel and has been to places from the jungle to the arctic. When he signed up to do a race in Alaska to idea was born for the Yukon Arctic Ultra. The original plan was to support the organizer in this race because he was looking for people to join his team, but soon afterwards unfortunately, he quit organizing and that race stopped existing. Robert then decided he could do this as well, but then in Canada. He has a strong affinity with this country because he went to high school there. He looked for a place similar to Alaska where a dog sled race was taking place and found the Yukon Quest and that’s how it all started. 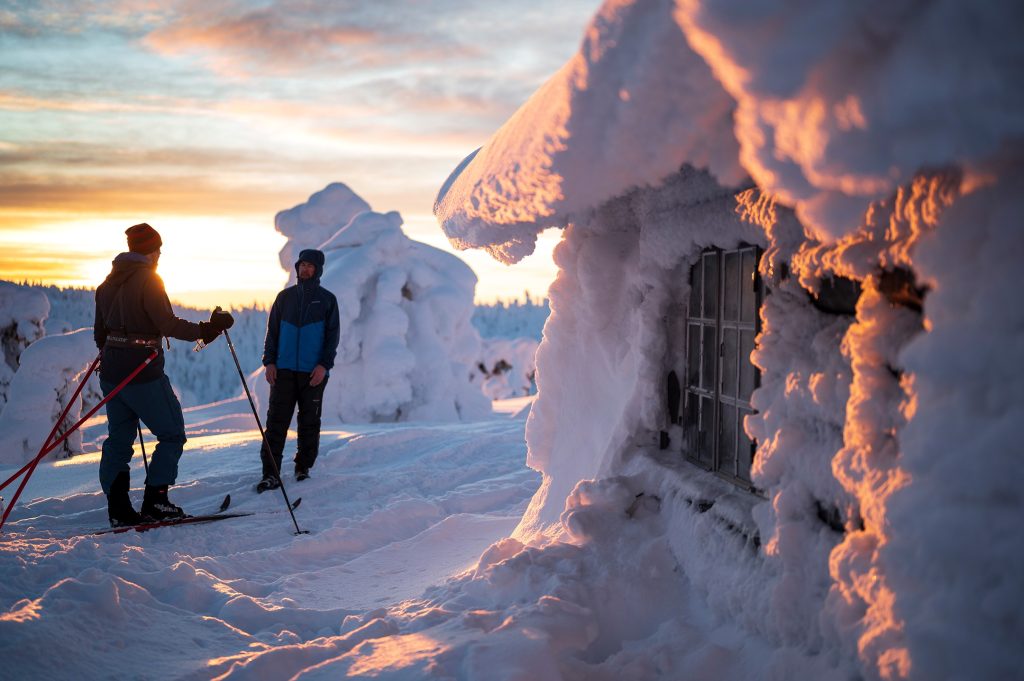 The main challenge of organizing a race is that you have to be prepared to deal with a lot of changes. Specifically in this type of races, there’s no situation where everything is always the same and there are always some kind of challenges: Things change, team members leave, contact partners change and then you have to re-establish the connection. During the race, the main challenge is for the athletes, being in the Yukon is a different story, then of course the main challenge is to keep everybody safe. 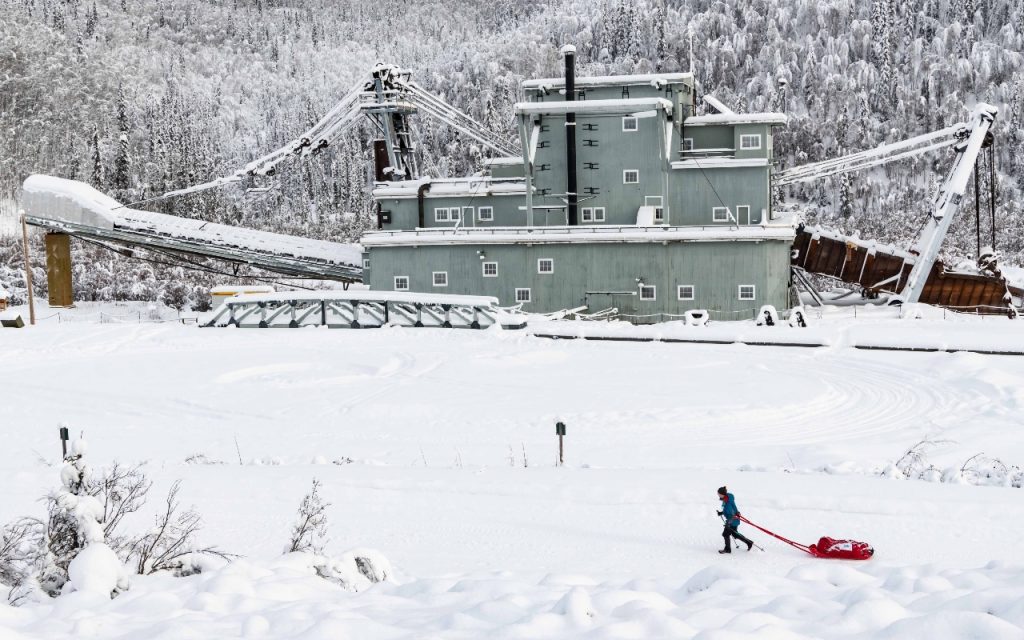 Things have evolved over all these years, when he first started the race, the way it was done people nowadays people would consider it insane, way too dangerous. But that was at a time when there was not much info available on the internet, there were satellite phones, but there was no tracking of people. As soon as tracking became available, this was done during the race, then internet became available and every year the safety measures are being checked if they can be updated. A really good tool is BICO (Baby It’s Cold Outside), this online tutorial was suggested by a local police officer who is the head of the search and rescue. It’s such a great course that it’s now part of the safety measures to prepare for the race. 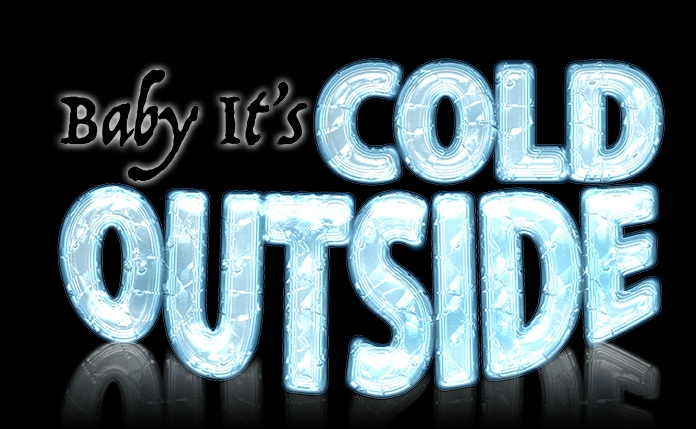 It is very useful for anybody who likes winter sports, certainly for a place like the Yukon, where it does get cold and in case you only want to spend your money on gear, it’s free of charge. There’s really no reason why you shouldn’t do it, it’s great. The BICO course is dealing with what Robert calls the most scary part for him during the race, hypothermia. There is a threat of wild animals during the race as well, but that is something he leaves in the hands of the athletes, they need to educate themselves. Of course, any questions they have are being answered and it is also talked about it in the briefing before the race, but the cold weather danger is the main one. What they do to educate and train people who are (fairly) new to the cold elements is a course where they deal with, among other things, survival techniques, different scenarios, the dangers, how to deal with gear, learning how to build a wood fire, practicing with your stove. It does sound simple, but everything is different when temperatures drop that far below 0 °C:

Because the Yukon is very particular in the cold aspect, another safety measure it to have a personal chat with everybody who is new to the race and there the risks are explained. With the new race Robert is organizing, the Montane Lapland Arctic Ultra there is still the danger, to die in the cold. It doesn’t need to be -50 °C, you can get hypothermia when you are not careful when it is 0 °C. But the race in Sweden is definitely less dangerous, where it should be only -25 °C. So one very big worry that the organization always has, is taken away, also because they know that people who will be in Sweden are well trained, well prepared and then they should have no problem with the low temperatures. What is different from the Yukon is that in Sweden there’s the possibility of fresh snow or even rain, which can cause different problems. It’s not necessarily being easier, people will still suffer and there are people who will unfortunately not finish the race, but there’s less of a worry for people to get frostbite or hypothermia. 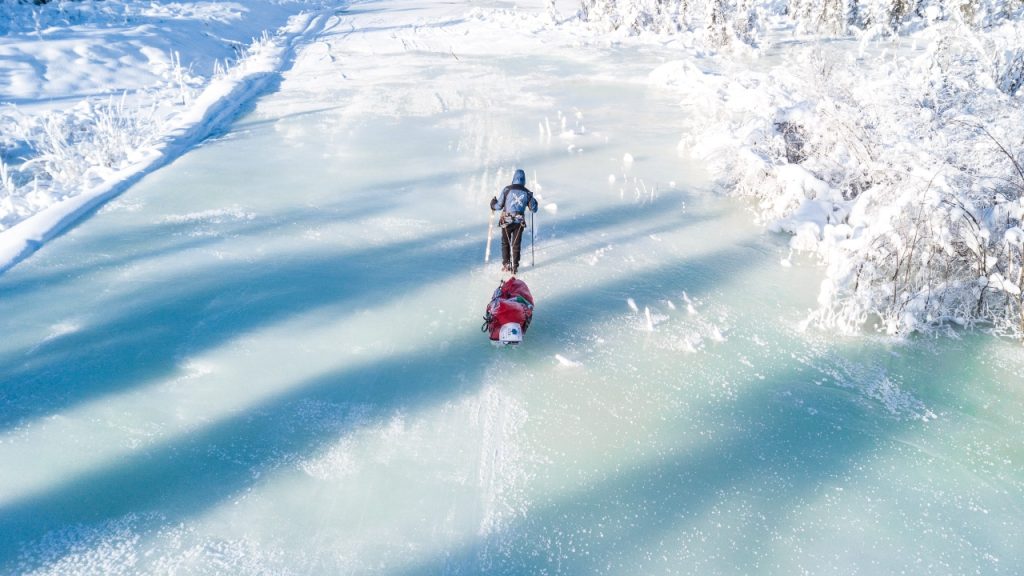 To organize a new race is always a big challenge: A new area, new people, new laws and new regulations. But the big challenges in Sweden was of another kind, it was the language barrier. A lot of people in Sweden speak English, but not everyone and that can actually be difficult. For example you get forms to fill out, to tackle issues like taxes, registration of the company and this is all, of course, in Swedish. That was challenging, but there were enough people who could help him there. Learning Swedish is still on his list to do. 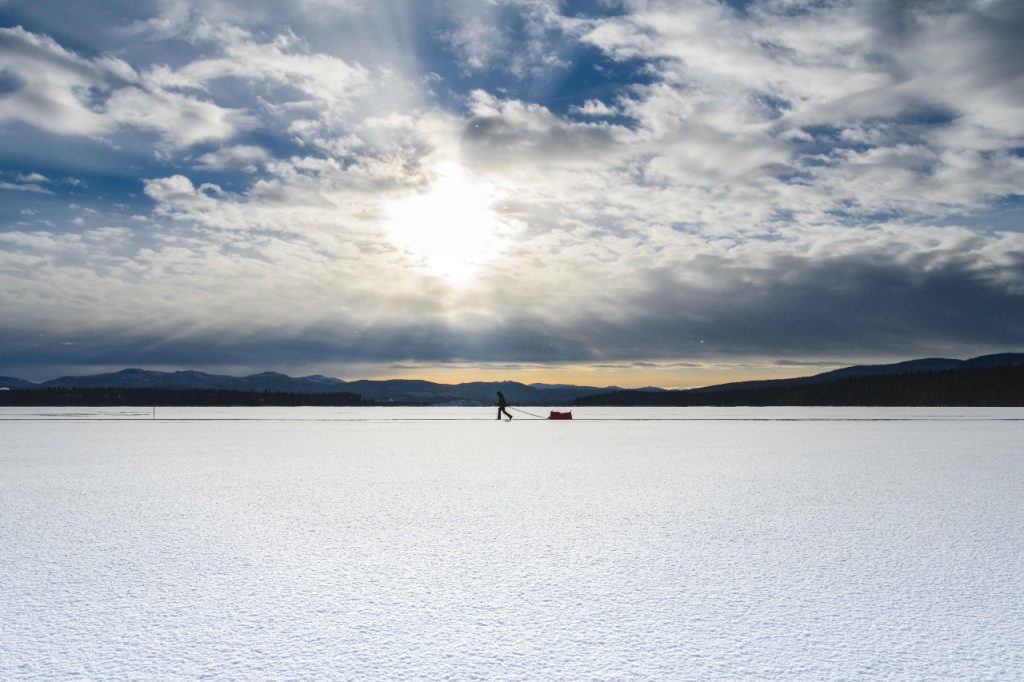 People over the years have said, and Robert is agreeing with them, that Montane Yukon Arctic Ultra is not so much of a race an ultra runner would be used to, it’s more an expedition. It’s a little bit safer of course and there’s a lot of back-up and there’s a lot Robert and his team do to increase the safety, but in the end, it’s an expedition. And if you go on a winter expedition, gear is a very important part of it. Not only owning the gear, but also knowing how to use it. And, speaking from experience, you really can’t be doing a race like this for the first time and have everything perfectly right, it’s a process, you will learn, you will make mistakes and then improve. Unfortunately there’s a lot of gear involved, unfortunately because it is making it expensive. It’s one thing to run an ultra trail in the mountains where basically everything fits into a 10L backpack and a totally different story when you have a pulka behind you with 25-30 kilo’s of gear. 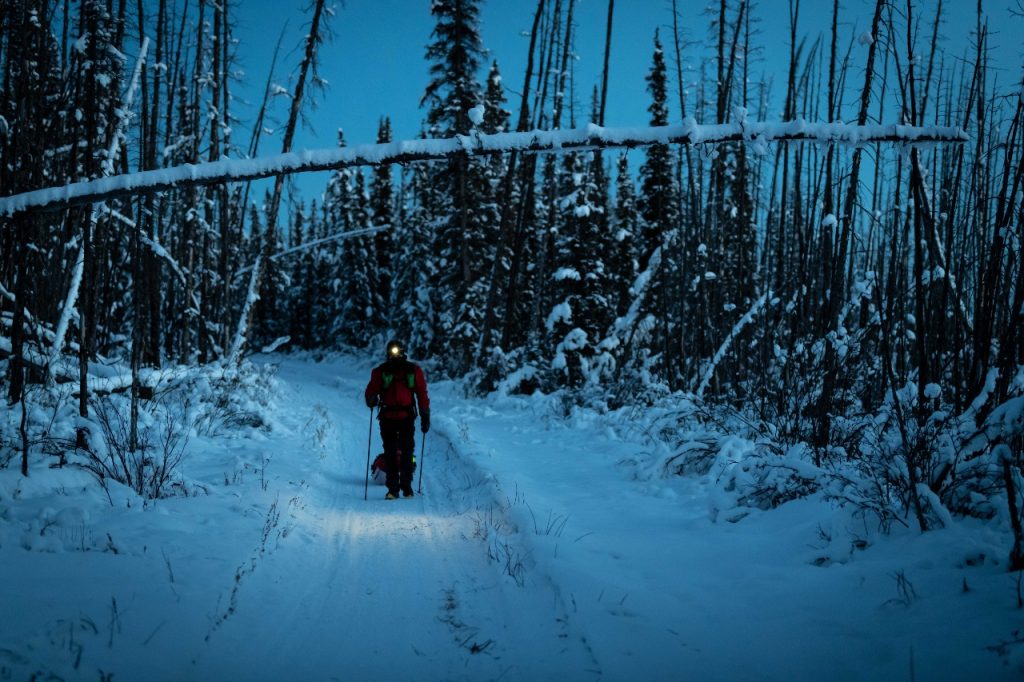 The highlight of the race is meeting all those great people and it’s not just the people who finish. There have been great conversations with people who failed on their first attempt. Alex (the author of this article) is a good example, he is a very energetic and a very positive person and it’s fun to be around people like that who deal very well when they do not finish, if it happens and see it as a learning for the next race. There are so many exciting encounters he has had over the years, positive feedback they’ve had after the race or during the race, people think they’ve done a good job, it’s very motivating. When there are difficult situations, stress does not stress Robert, that’s when he remains calm in order to make the right decision. If you are not like that, it would be very difficult to organize a race for many years because it would just destroy you, almost. 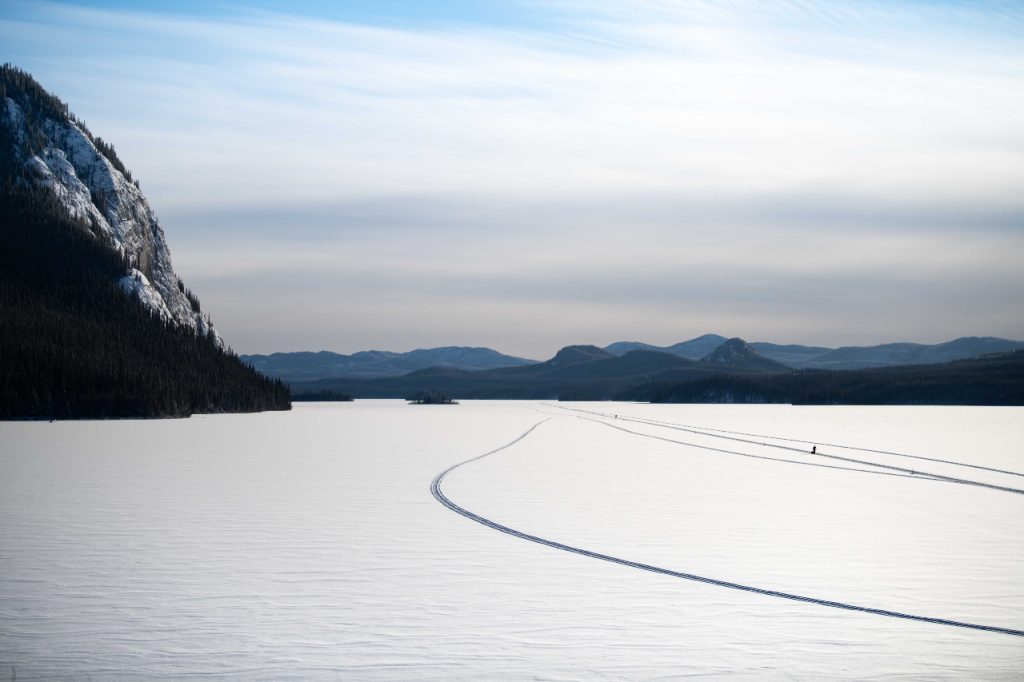 When I asked him if there were still things on his bucket list, he answered that ultra running is not on his list anymore, he has problems with his knees, which became obvious when he participated in Tor de Geants a few years ago. But not somebody who can sit still, he joined the mountain rescue last year in August (2021) and he is now training to become an active member of the Mountain Rescue, he still has several years of training ahead of him. He also started mountain climbing and is getting a bit more into alpinism. 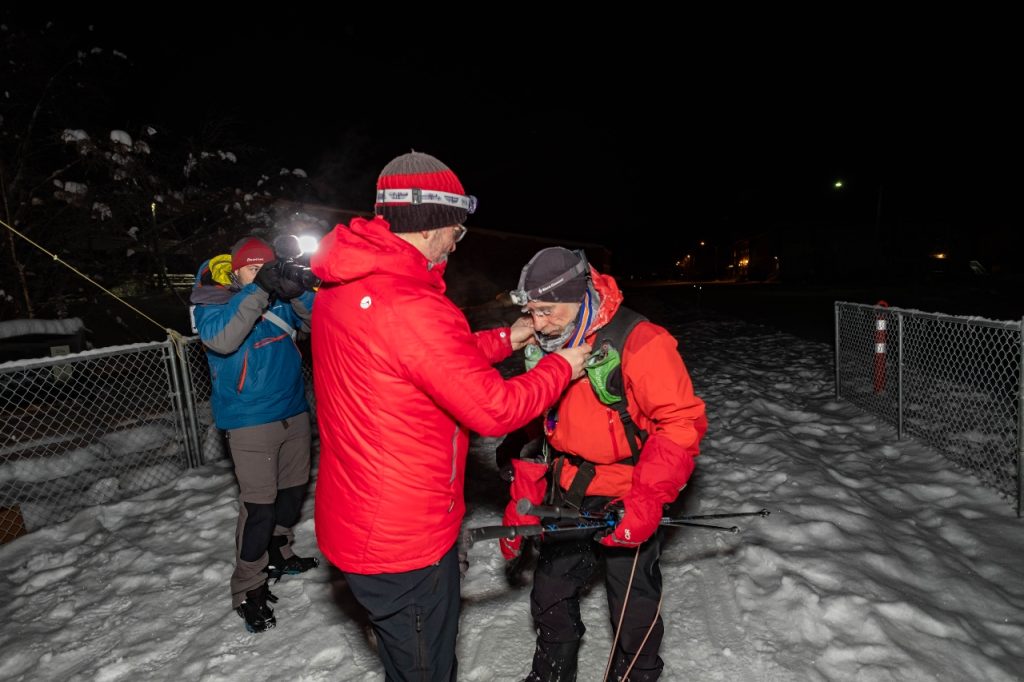 The last thing we talked about was what motivates people to do this race and what he would say to motivate people. He was actually planning to put a Facebook post out, asking this to people because he gets asked this question a lot, but then he can only give his own opinion: We find out what our limits will be, we can challenge ourselves, we can have a real adventure. For all people who are interested in these things, something like the Yukon Arctic Ultra or the Lapland Arctic Ultra are great. They push you, they inspire people for their personal lives, sometimes also for their professional lives. Even though there is a lot of suffering , people get a lot out of it. But when you want to participate in one of the races, you need to like the cold, if you don’t like the cold , don’t come. Sometimes people just want to tick a box, of course everybody can try it, but if you know already you don’t like the cold, it’s probably not going to be the experience of a lifetime. 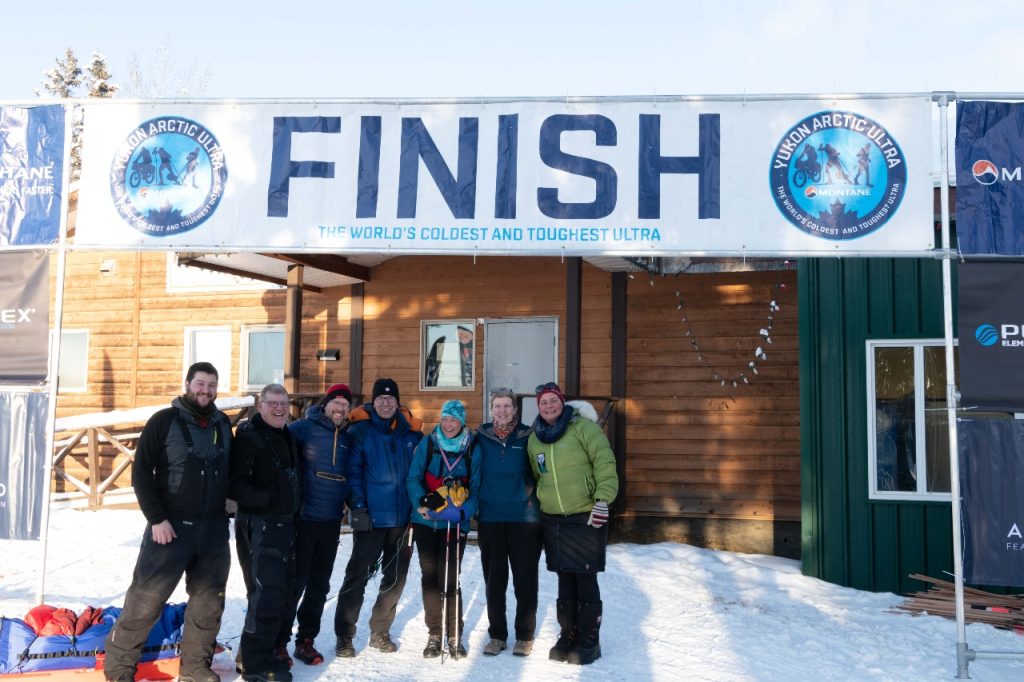